Zaretsky Victor Ivanovich – was born on 8th of February, 1925 in Belopolye city, Sumy region. An outstanding Ukrainian painter and one of the most talented and famous artists of Ukraine. He studied at the Kyiv Art Institute. Mentors: Titov G., Grigoriev S. Worked in the field of easel and monumental painting. Artist and sculptor. Since 1951, he takes part in republican, foreign and all-Union exhibitions. Since 1956, he is a member of the Union of Artists of Ukraine. Together with his wife, the artist Alla Gorska was one of the leaders of the movement of the sixties, and since 1963 was the head of the Kyiv club of creative youth. He organized his own studio of arts, which he headed from 1978 to 1985. In his art studio studied more than 200 students. He created the direction "Ukrainian Secession", and was the first who opened the modern Ukrainian art to the world. Major works: "After the change" (1956); "Hot Day" (1957); "Take flax" (1960); Girls (1962). The artist died on 23 of August, 1990. 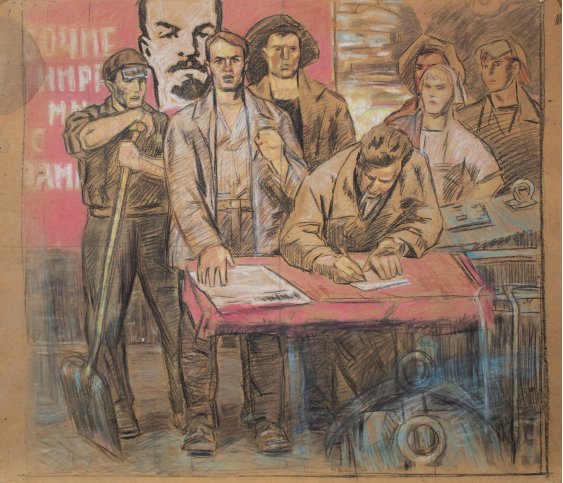 "Worker with a shovel"
65x32 cm
Price on request 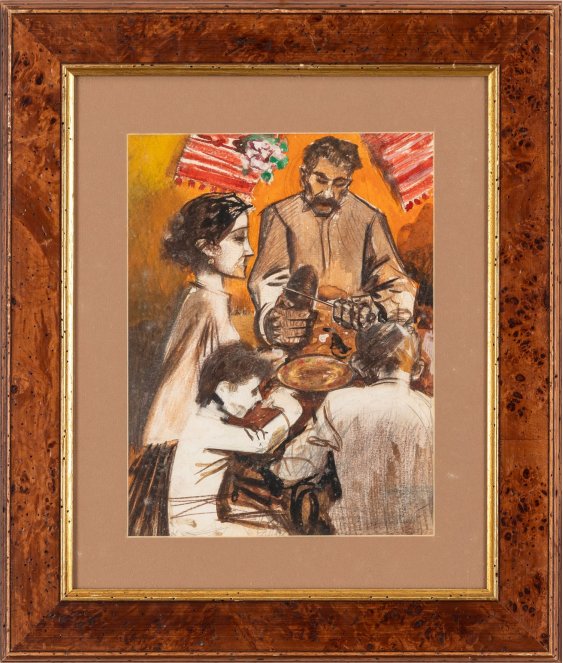 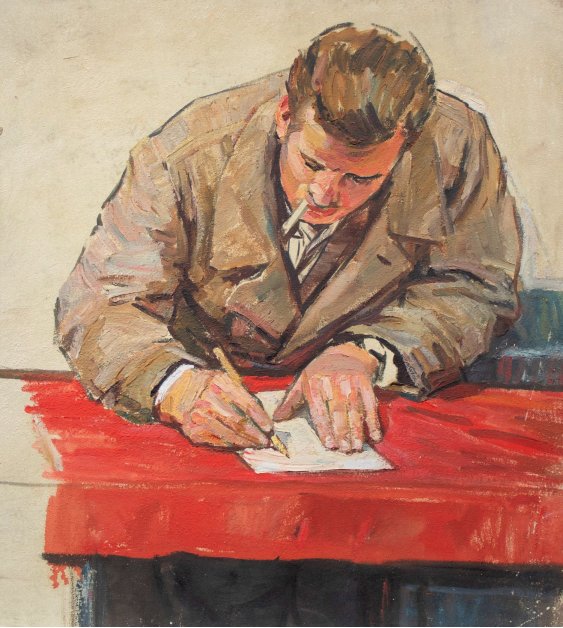 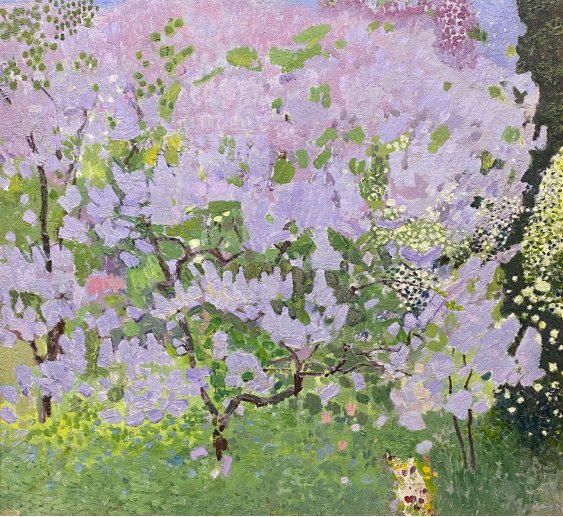 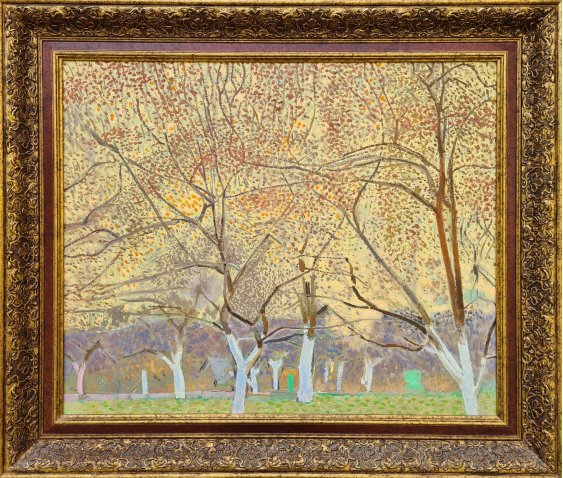