Tokarev Vyacheslav Vasilyovych – was born on 26th of July, 1917 in Bogoroditsk city, Tula province, Russian Empire. He studied at Ryazan Art College and Leningrad Institute of Painting, Sculpture and Architecture. First personal exhibition was held in Odessa in 1949. Since 1975-1977 personal exhibitions were held in Moscow, Odessa, Kyiv, Leningrad and Warsaw. Member of the Union of Artists of USSR since 1952. National Artist of Ukrainian SSR since 1977. Major works: "Commissioner" (1965-1967), "Tachanka" (1969-1970), "October on the working suburb" (1970-1971). Pictures of Vyacheslav Tokarev are in the National Art Museum of Ukraine in Kyiv, the Museum of Contemporary Art of Ukraine in Kvyi, Odessa Art Museum, Lviv Art Gallery and many others. Artist died on 22th of April, 2001. 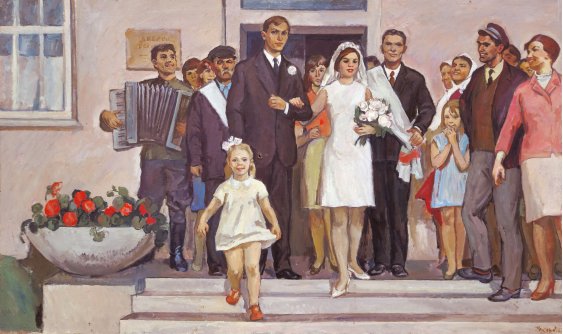 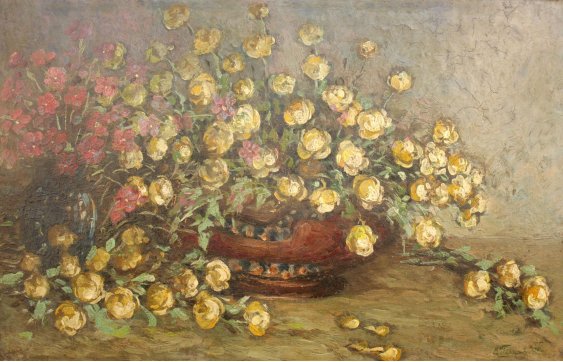 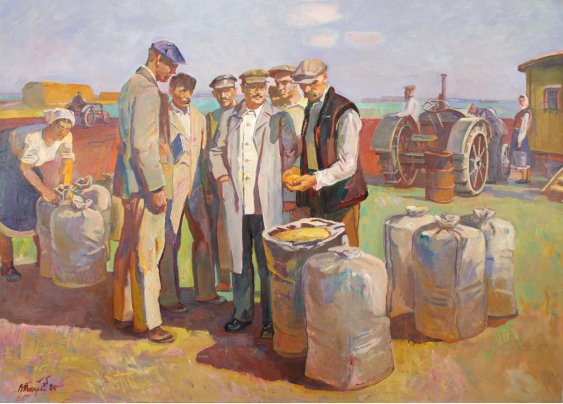