Smolsky Grigory Stepanovich – was born on 2nd of December, 1893 in Pidgirki village, Ivano-Frankivsk region. He studied at Free Academy of Fine Arts in Lviv, Novakivsky Art School in Lviv, Free Academy in Paris. Mentors: Novakivsky A., Kurilas I., Peschansky V. Worked in the field of easel painting. Since 1927 he participated in republican and foreign exhibitions. Personal exhibitions took place in Lviv (1957, 1958, 1962) and Kyiv (1967). Main works: “Hutsul Hut” (1926); “In the beginning of spring”; “Hay mowing” (1945); ” Greeting Dovbush” (1964) and others. The Artist died in 1985. 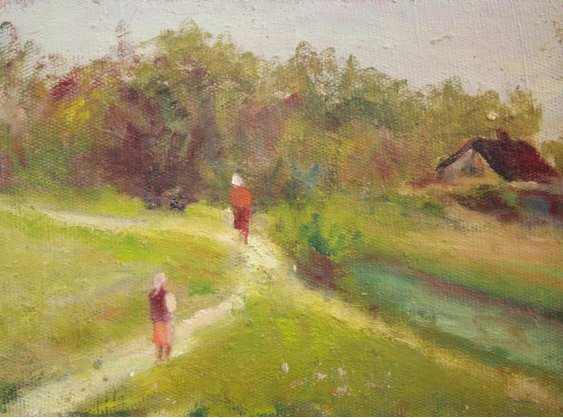 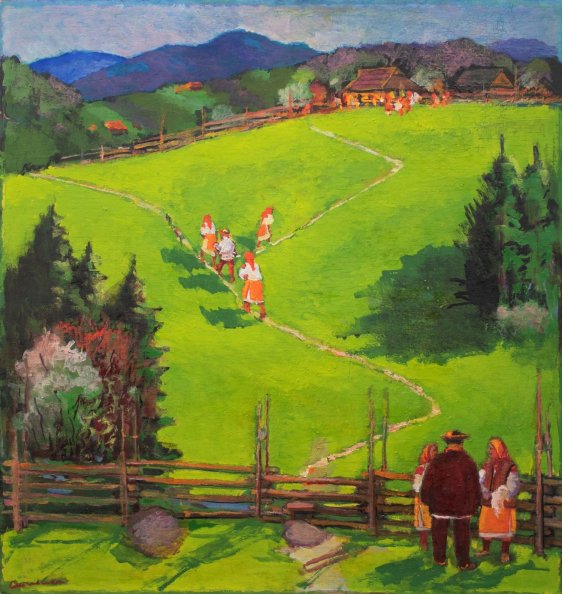 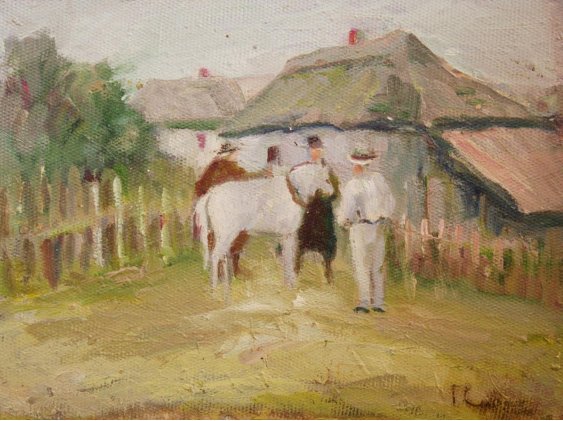 "Near the house"
25x33 cm
Price on request
Get the price