Shovkunenko Olexa Oleksievich – was born on 21st of March 1884 in Kherson city. He studied at Odessa Art College. Mentors: Kostandi K., Ladyzhensky G., Krainov D. Also, he studied at the St. Petersburg Academy of Arts. Mentor: Savinsky V. Since 1913 he takes part in exhibitions. From 1917 to 1922, he taught at the Kherson Proletarian Art Studio, and from 1926 – at Odessa Fine Arts Polytechnic. In 1924 – 1929 – Member of K. Kostandi the Society. In the period 1935 – 1965, he taught at the Kyiv State Art Institute. In 1941, he was titled – a Honored Artist of the Ukrainian SSR. In 1944 – National Artist of the USSR. In 1947 – Academician of the Academy of Arts of the USSR. From 1938 until 1968, he was a member of the board of the Union of Artists of the Ukrainian SSR, and in the period from 1949 to 1951, he was its chairman. Olexa Shovkunenko is a master of portrait, still-life, landscape, especially industrial. The works are represented in numerous museums, galleries and private collections in Ukraine and abroad. The artist died on 12th of March 1974. 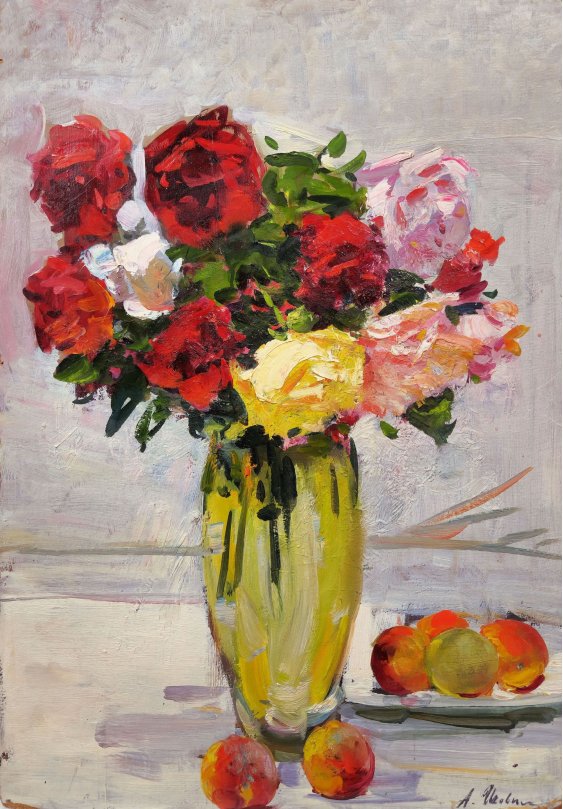 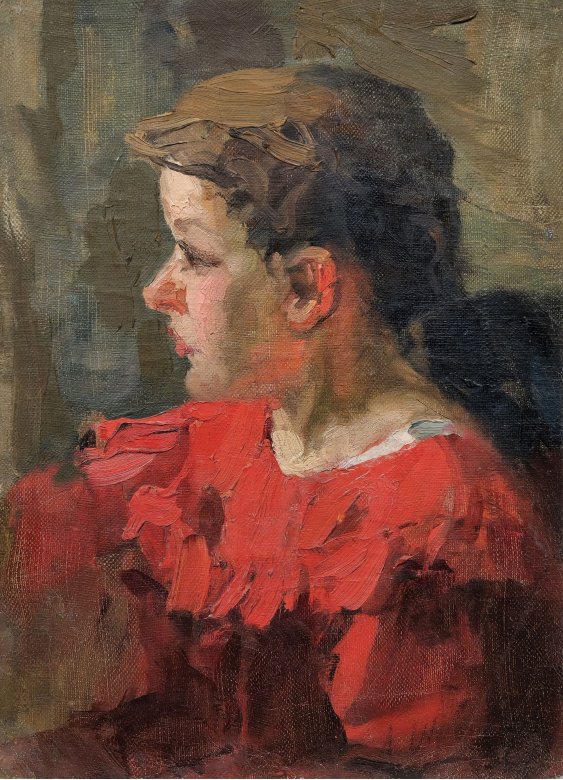 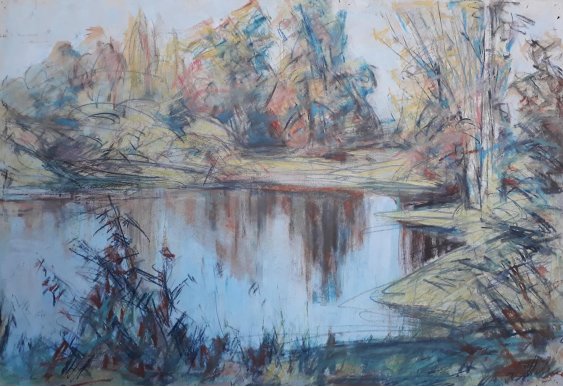 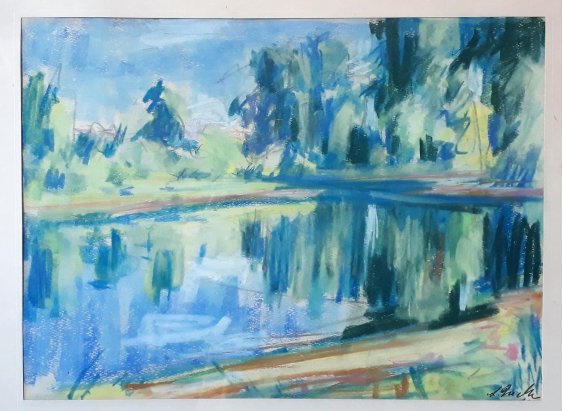 "Forest Lake"
45x49 cm
Price on request
Get the price