Primachenko Maria Avksentievna - was born on December 30, 1908, and lived her entire life in the village of Bolotnya in the Kyiv region. Ukrainian folk artist in the genre of "naive art"; laureate of the National Prize of Ukraine. T. G. Shevchenko. Honored Artist of the Ukrainian SSR since 1970, People's Artist of Ukraine. 2009 - by the decision of UNESCO - was recognized as the year of Maria Primachenko. Primachenko's style, synthesizing the experience of generations, genealogically reaches ancient art: the Paleolithic "two-part" image of animals with a specific feature of the head and body, pagan images of fantastic monsters and birds, which are reflected in Slavic mythology. It develops traditional symbols of folk art and fills it with new content. In 1934, the Central Experimental Workshops at the Kyiv Museum of Ukrainian Art were opened in Kyiv, where folk talents were collected. In 1936, Maria Primachenko was invited there. Anatoly Petritsky, Vasily Krichevsky, Vasily Kasyan were the professors in the workshops; Tatyana Pata, Paraska Vlasenko, Makar Mukha and dozens of other outstanding creative personalities have studied there. At the First Republican Exhibition of Folk Art, the entire hall was dedicated to her paintings. The exhibition was seen in Moscow, Leningrad, Warsaw. For participation, Primachenko was awarded a first-degree diploma. Since then, her works have been exhibited with constant success in Paris, Warsaw, Sofia, Montreal, Prague. In 1937, the artist's works were exhibited in Paris. An interesting fact: a minor planet is named after the artist - 14624 Primachenko. The artist died on August 18, 1997. 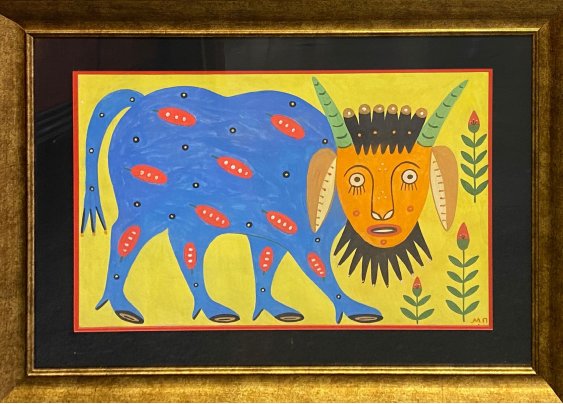 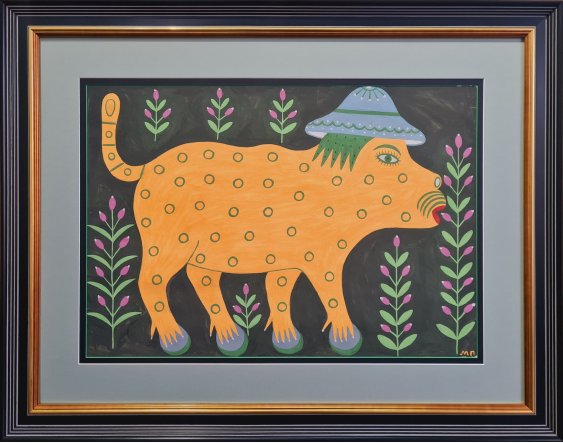 "The beast grazes in the berries"
43x62 cm
Sold 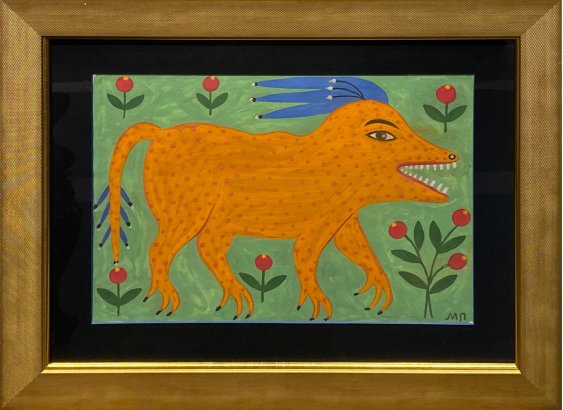 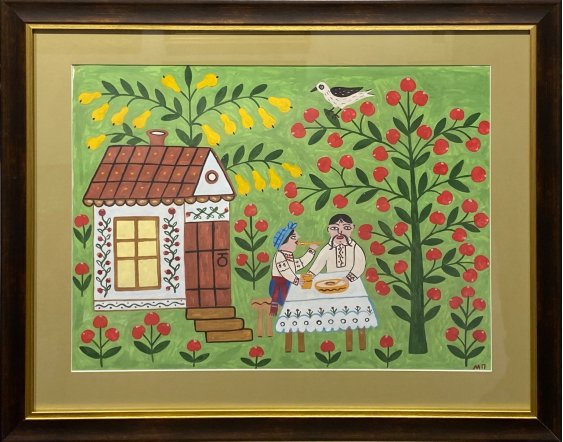