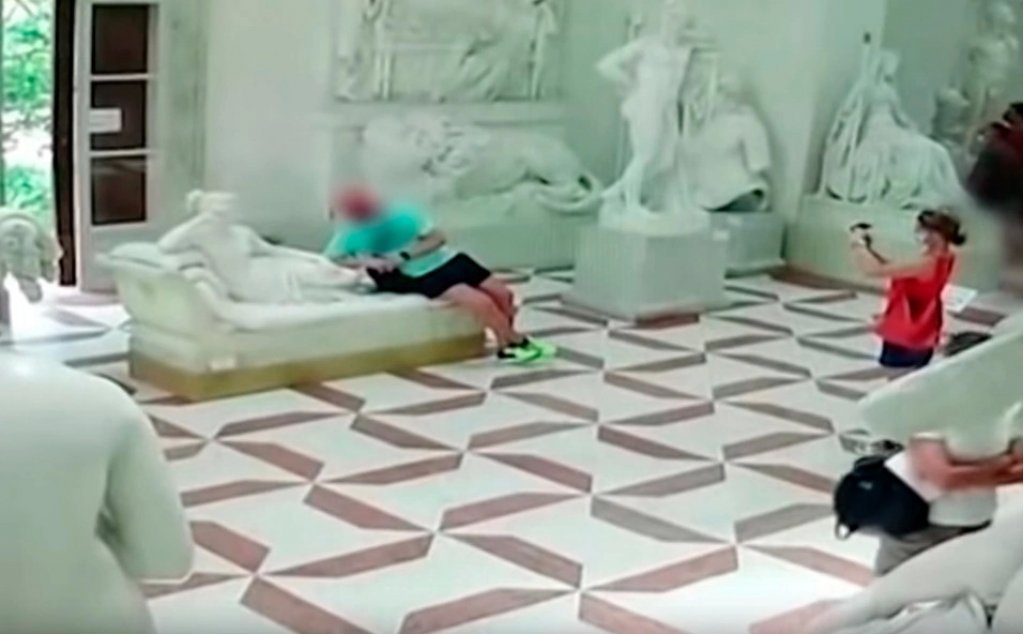 Beware of selfies in an art museum: yet another awkward art lover damaged the piece in an attempt to find the perfect angle. His victim was a historical plaster model created by the Italian sculptor Antonio Canova.

An Austrian tourist tried to be photographed on the lap of a neoclassical sculptural portrait of Pauline Bonaparte as Venus the Victorious. The man lay half on the statue, repeating the pose while his wife took the picture. As a result, the sculpture's toes were split off. The incident took place at the Antonio Canova Museum in Possagno in northeastern Italy.

The vandals "left the museum in a hurry without reporting the incident," but police tracked them down through an electronic ticketing system. When law enforcement officers called the couple, the woman burst into tears and admitted that her husband was to blame. The 50-year-old then sent an email of apology to the police. Several Italian media outlets report that he also offered to pay for the repair of the statue.

A bill has been submitted to the Italian parliament that increases the maximum sentence for vandalism to eight years in prison and a fine of 100,000 euros.

The plaster sculpture was created in 1804. It has survived the bombing in 1917 during the First World War. During the 2004 restoration, the figure's chipped head was repaired and the damage to the bedspread, arms and legs was repaired. Now the museum did not postpone the restoration of the work - fortunately, the broken parts were found.

The famous marble version of the statue, depicting Pauline Bonaparte Borghese - Napoleon's sister - as Venus, is in the collection of the Borghese Gallery in Rome.