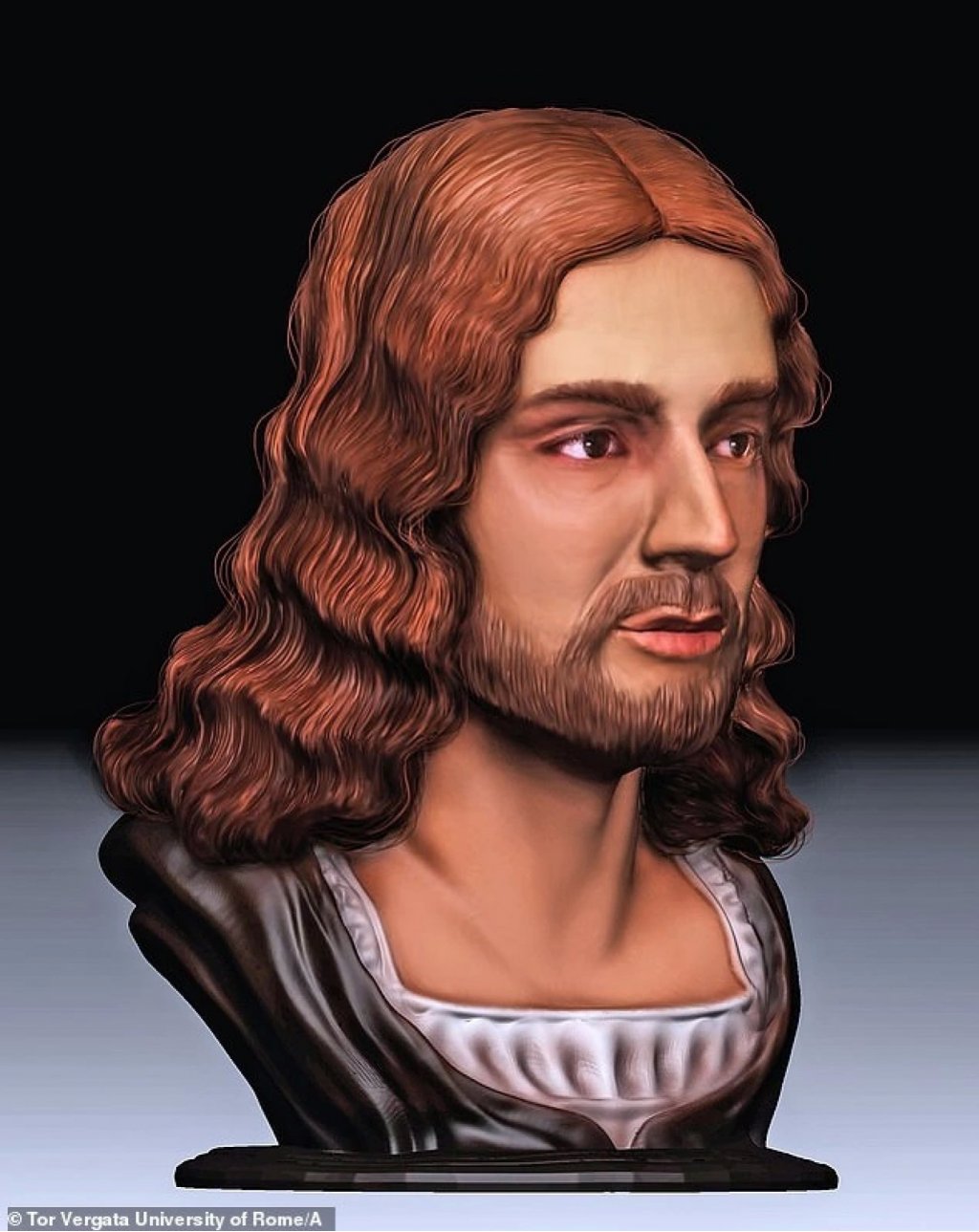 Art critics have carried out a three-dimensional reconstruction of the face of the Italian artist Raphael, trying to unravel the centuries-old mystery of his final resting place. This was reported by AFP with reference to the University of Rome Tor Vergata.

The artist prodigy and one of the three great masters of the Renaissance, along with Michelangelo and Leonardo da Vinci, died in 1520 at the age of only 37. A red rose adorns his grave in the Roman Pantheon all year round.

Raphael's body was exhumed in the 19th century, after which scientists made a plaster cast of the skull. However, experts were not sure that the remains belonged specifically to Raphael, since during the autopsy, other skeletons were found in the grave, as well as individual bones. Some of the remains belong to the artist's students, but some fragments have remained unidentified.

Popular myth has it that a Renaissance artist who was said to be sexually active died of syphilis. Although experts mostly believe that Raphael died of pneumonia, possibly after visits to his mistresses on cold nights. This year marks the 500th anniversary of the death of the master.

The Tor Vergata University team decided to create a three-dimensional reconstruction of the plaster cast. Molecular biology expert Mattia Falconi told AFP that he found clear similarities between the resulting face and the image of Raphael in portraits of other artists of the period, as well as in self-portraits.

“We have strong evidence that the skeleton, first exhumed in 1833, belongs to Raphael Santi,” Falconi said. He added that the 3D reconstruction “only covers 80 percent of the original face, but there is no doubt about the result. The appearance does not correspond to those of Raphael's disciples who, as we know, were buried in the same grave. And it would be too much of a coincidence for someone else to be so similar. "

The scientist said that the only part of the face that could not be reconstructed were the ears - "but fortunately Raphael had long hair covering it."

Confirmation that the skeleton belongs to Raphael opens the door to further bone analysis and to an attempt to determine hair and eye color.

A project to re-exhume the body this year has been put on hold due to the coronavirus pandemic. But if it resumes, the research team wants to test how honestly the artist portrayed himself, Falconi said. “The 3D model shows that the eyes and mouth in the portraits are the same as they were in reality, but he embellished his nose a little,” the expert noted.

“We know that Raphael often painted himself younger than his years, and this model allows us to see him as he really was,” he added.

A life-size 3D-printed bust of the man whom the 16th century painter and biographer Giorgio Vasari called “the prince of artists”, will be exhibited in a museum in his homeland in Urbino.

Despite his premature death, Raphael left a vast legacy, most of which he created at the request of the Vatican. The rich museums of the Papal City have several rooms decorated with its frescoes. After the death of Raphael, they were completed by his students and remain one of the most popular sites in the Vatican.