Maksimenko Olexandr Grigorovich – was born on March 15, 1916 in the Vilkhovatka village, Poltava region. In 1933 – 1938 he studied at the Dnipropetrovsk Art School. In 1947 he graduated from the Kyiv Art Institute. Teachers: A. Shovkunenko, K. Eleva, Yu. Bondar. Since 1947 he takes part in exhibitions, including foreign ones. In 1948, the artist became a Stalin Prize Laureate III degree for his work "Owners of the Land", which was exhibited at the State Tretyakov Gallery. Member of the National Union of Artists of the Ukrainian SSR since 1947. Honored Artist of Ukraine since 1972. The artist's works are presented in the National Art Museum of Ukraine, the Museum of the World War Two, Dnipropetrovsk, Poltava and other art museums, in private collections in Ukraine and abroad. Major works: "Owners of the Land" (1947); "Water Came" (1957); "Before Sowing" (1960); "Thinkings of the Grain Grower" (1963); "In a free moment" (1969 - 1970) and others. The artist died on October 15, 2011. 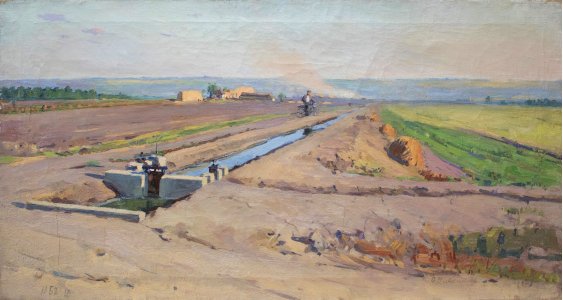 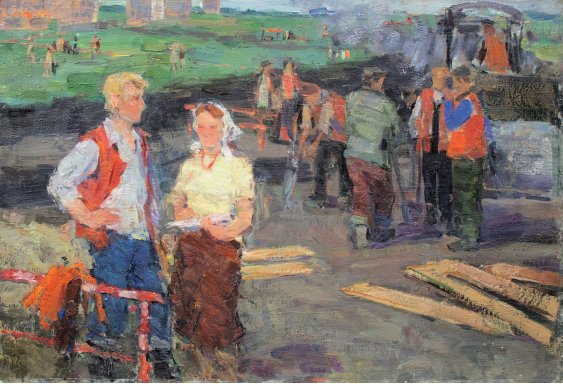