Kodiev Petro Ivnovich – was born on 12th of July, 1899 in Novogeorgievsk city. He studied at Kyiv Art Institute. Worked as a director of the Kyiv Art College. In 1934 he became secretary of the Union of Artists of Ukraine. He was engaged in the search and return of art valuables, exported by the fascists during the war. He personally restored the paintings from the Dresden Picture Gallery, which were brought from Germany, after the restoration they were transferred to the Museum of Pushkin in Moscow. He worked a lot on the themes of civil, Great Patriotic wars, images of Shevchenko T.G., Gorky M., Pushkin A.S., a special place in the artist`s work was occupied by the landscape. The main works: "Nabat" (1954), "Spring in trenches" (1946), "Occupation" (1968). The artist died on 21th of December, 1968. 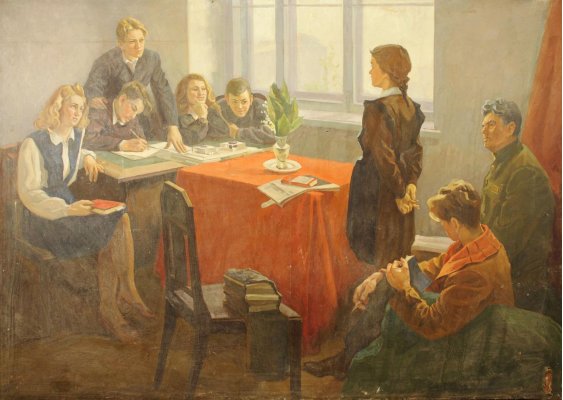 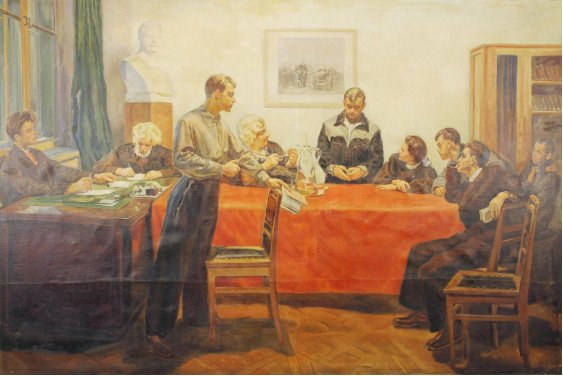