Gloutchenko Mykola Petrovich – was born on 17th of September, 1901 in the Novomoskovsk city, Dnepropetrovsk region. During the First World War he moved to Germany. He studied at the Hans-Baluszek School-Studio in Berlin and at the Berlin Fine Arts High School. In 1925 he moved to Paris, where he was influenced by Impressionists: Claude Monet, Edgar Degas, Vincent Van Gogh. He created portraits of Romain Roland and Henri Barbusse and others. He designed the Soviet pavilion of the Lyons Fair. By the beginning of the 1930s, Glushchenko professional character was finally formed, he acted as a talented master with his own original style. Living in Berlin and Paris, Glushchenko combined the role of the artist and scout. During his life, none of his friends and colleagues knew about his scout work. In 1944 he returned to live in Kyiv. Glushchenko worked in various scenic genres, but his favorite theme was a landscape. In 1946 he was awarded the title of Honored Artist of the RSFSR, in 1963 – National Artist of the USSR, and in 1976 National Artist of the USSR. In 1978 in Kyiv was opened artist`s studio-museum. One of the most famous artists of Ukraine. The works are kept in museums of Ukraine, France, USA, Canada, Italy. Artist died 31th of October, 1977. 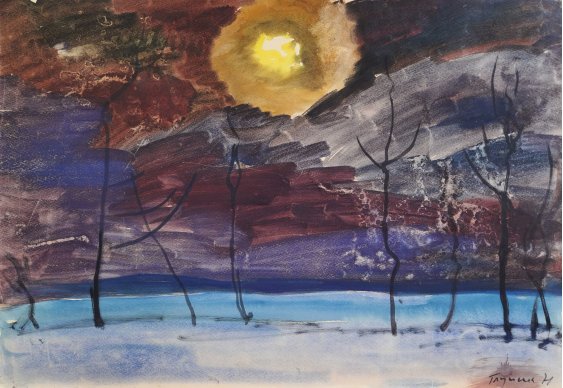 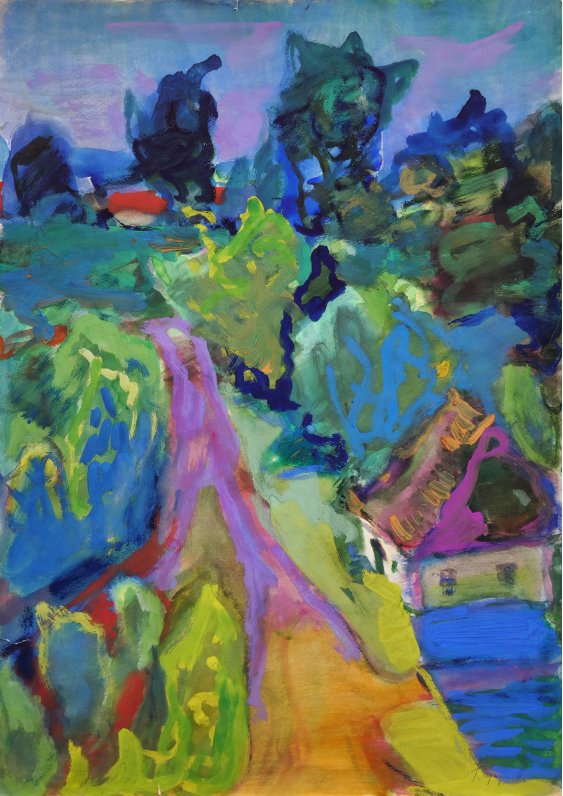 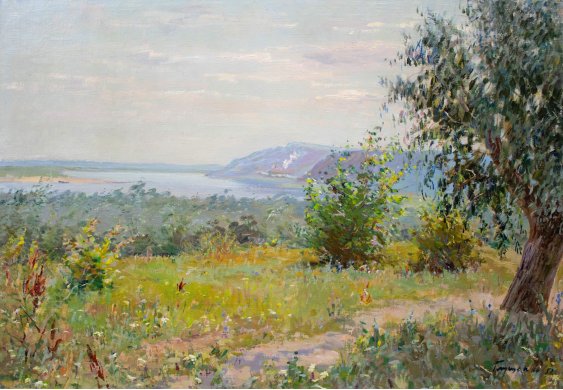 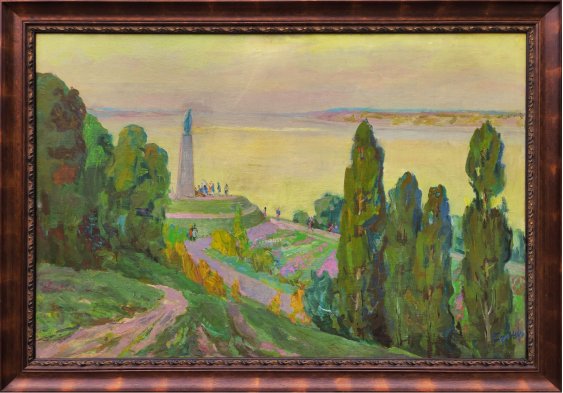 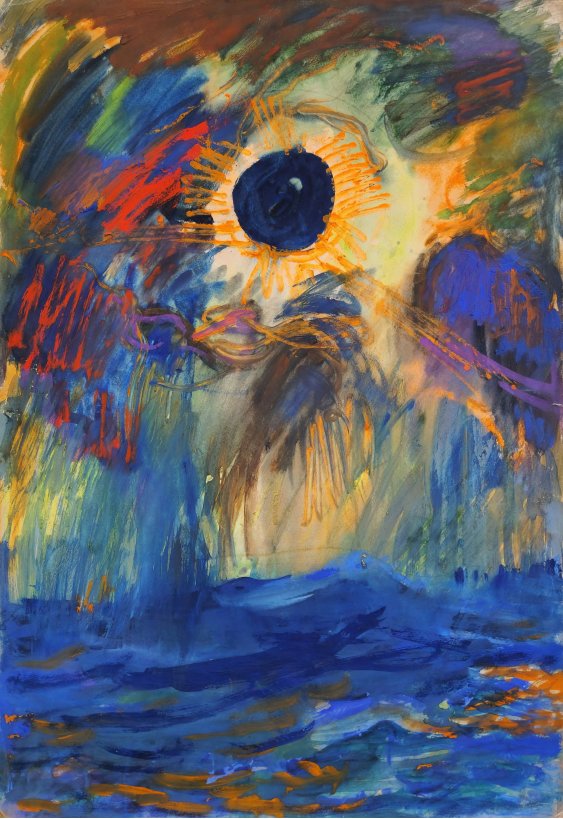 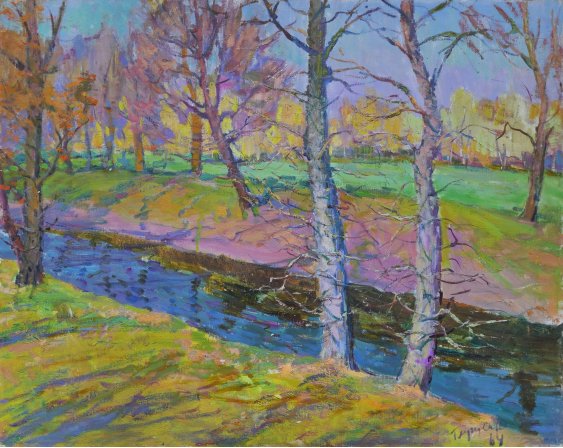 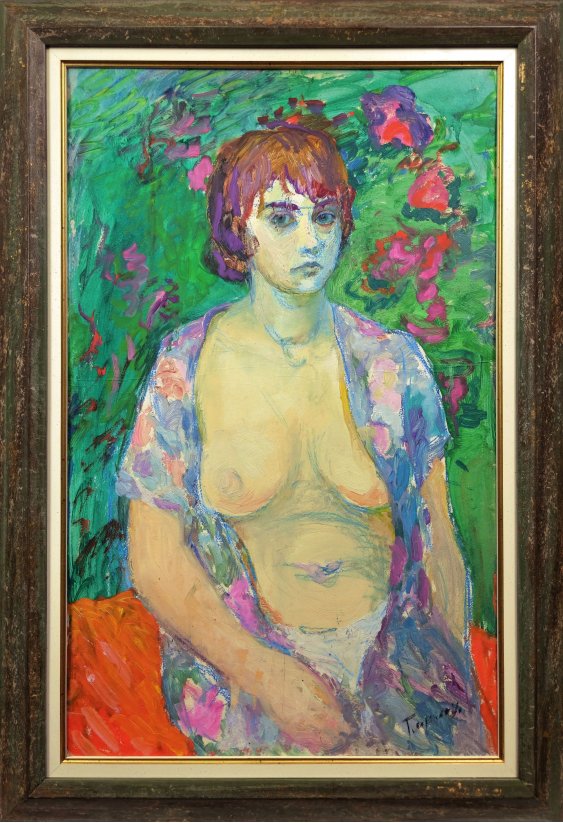 "Nude with a green background"
79x49 cm
Price on request 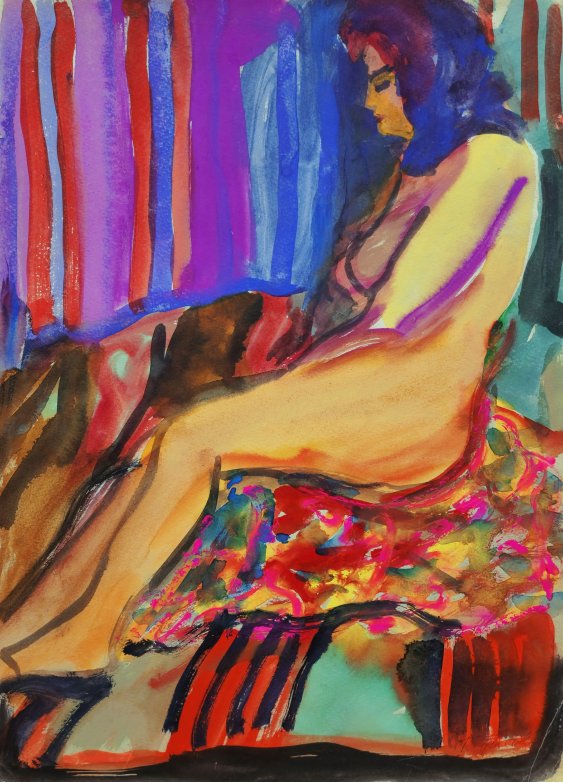 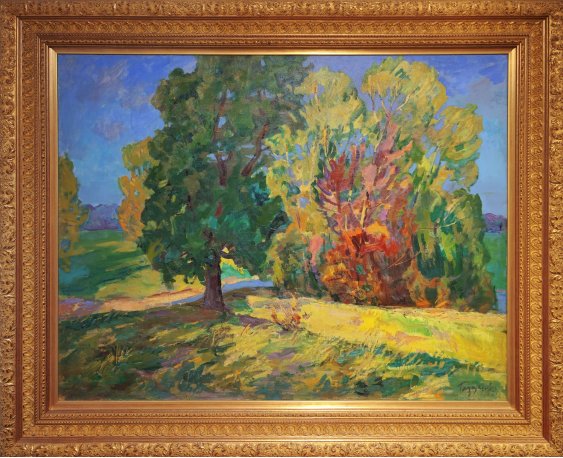 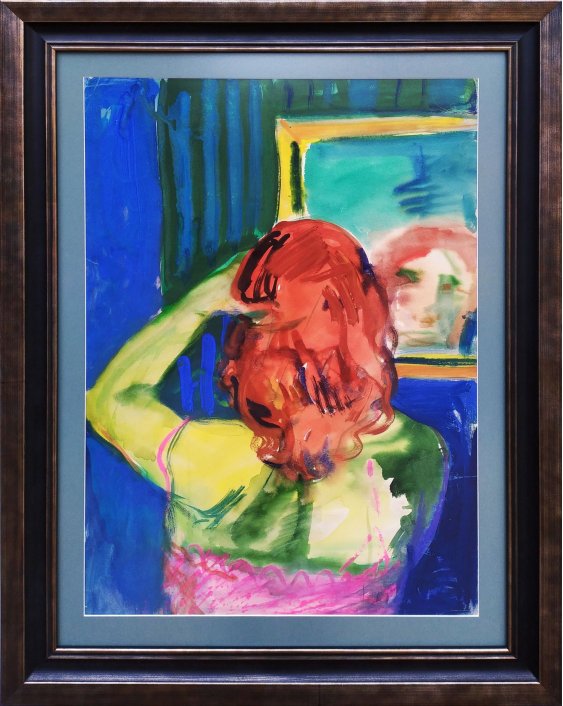 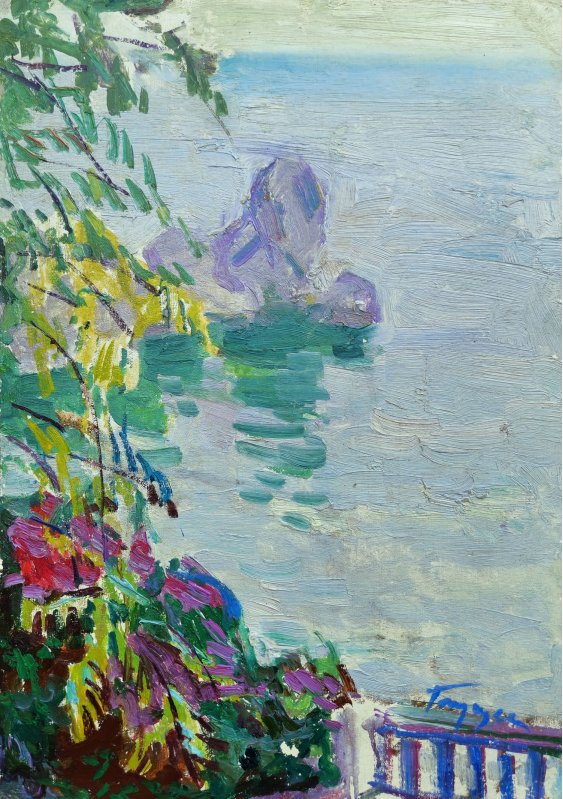 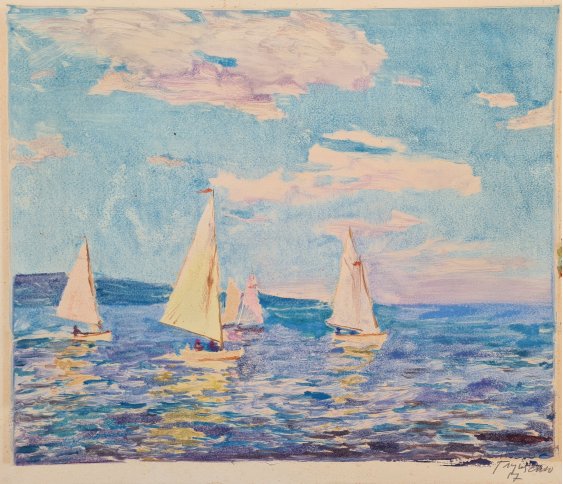