Eugene Petit - was born in 1839 in Paris. He was a pupil of Müller and Dieterle. Eugene first exhibited at the Paris Salon in 1863 and was awarded a bronze medal in 1873. He specialized in still lifes with flowers and fruits, and was also a master of genre and hunting scenes. His works are in the museums of Carcassonne, Compiegne, Courtrays, Rouen and Saint-Etienne in France, as well as The Sladmore Gallery in London. Some of his works were sold at Bonhams and Sothebys in New York. The artist died in 1886. 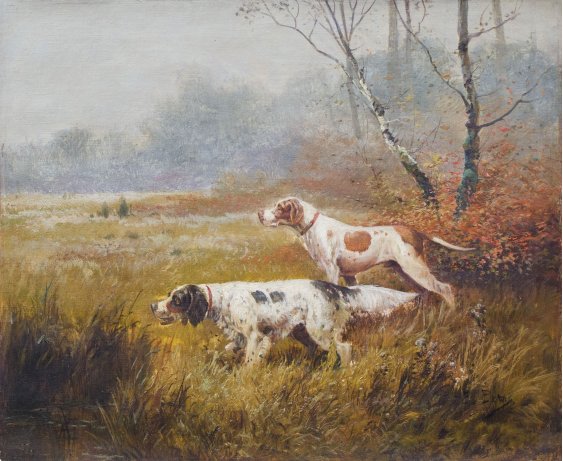 "Hunting"
38x46 cm
Price on request
Get the price