Erb Erno – was born in 1878. Ukrainian painter. He studied at the Cesar-Royal State Industrial School and at the Berlin Academy of Arts. Teachers: Rybkovsky T., Miron-Pitcha E. Collaborated with the Vaudeville Theater in Lviv. Since the 1920s, he was mainly engaged in easel painting. He worked with pastels technique, watercolors and oil painting. He was influenced by German impressionism and especially by Max Lieberman. He was a member of the Association of Independent Ukrainian Artists, whose members were M. Glushchenko, A. Kulchitskaya, L. Gets, etc. The artist`s works are kept mainly in Europe museums. Erb Erno died in 1943. 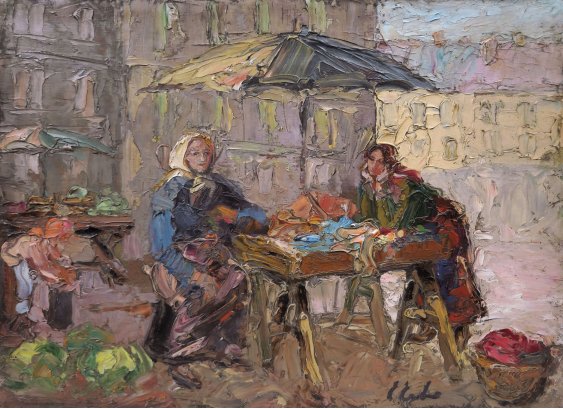