Chuikov Evgen Vasylyovich – was born on 18th of May 1924 in Nizhny Reut, Russia. Classic of the Ukrainian landscape. He studied at the Omsk Art College in the picturesque faculty. Since 1957 he takes part in regional, republican, all-Union exhibitions. In 1960 he became a member of the Union of Artists of the USSR. Since 60s for ten years he has been the chairman of the Zaporizhye branch of the Union of Artists of the Ukrainian SSR. He was also a board member of the Union of Artists of the Ukrainian SSR. In 1977 he was awarded the title of Honored Artist of Ukraine, and in 1995 the National Artist of Ukraine. His works were exhibited in the Roy Miles Gallery (Great Britain), Garden of Eden (Great Britain), Gallery Russia (California, USA), Greenhouse Gallery (San Antonio, USA). The artist`s paintings were sold at auctions "Christie`s" and "Bonhams London". The artist`s works are represented in museums of Ukraine and belong to private collectors from all over the world. The artist died on 15th of February 15, 2000. 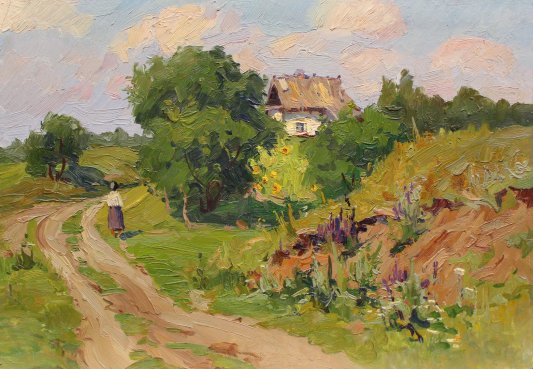 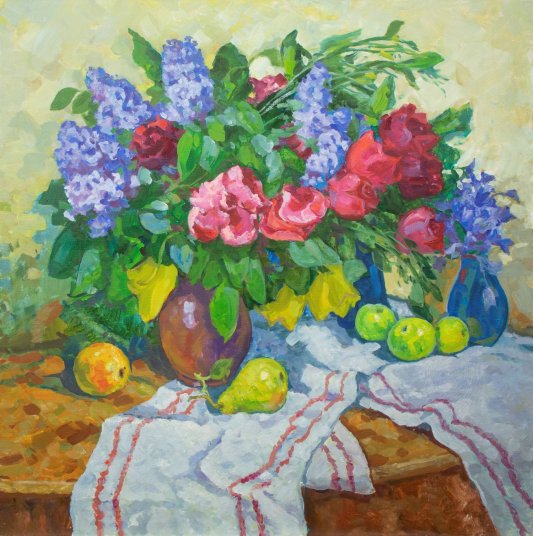