Chernoknizhny Grigory Petrovich – was born on 23rd of January, 1915 in the Second Ukrainians, modern Russia. He studied at the Kharkiv Art Institute. Mentors: Kozik M., Prokhorov S., Samokish M. Worked in the field of easel and monumental painting. Since 1957 he took part in republican and foreign exhibitions. Major works: "Lieutenant Ermolaev`s feat" (1945); "Verkhovinka", "The Milkmaid" (1957); "Star. Lenin and Dzerzhinsky " (1959 - 1960); "Revolutionary Russia" (1967) and others. The artist died in 1993. 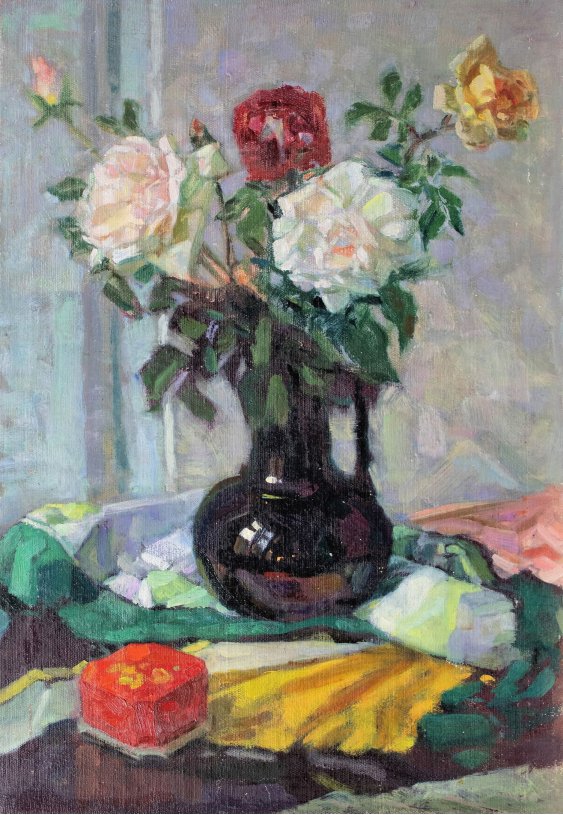