Bobrov Viktor Alekseevich - was born in 1842 in the village of Gotobuzhi, St. Petersburg region. Graduated from the Imperial Academy of Arts (1860-67). Painter, etcher. Participated in exhibitions since 1862. Participated in exhibitions: "Imperial Academy of Arts"; "Exhibition of Wanderers Artists" (1883-84). He was a member of the Society of Russian Watercolors. He became an academician in 1873. Lived and worked in St. Petersburg. He died in Petrograd in 1918. 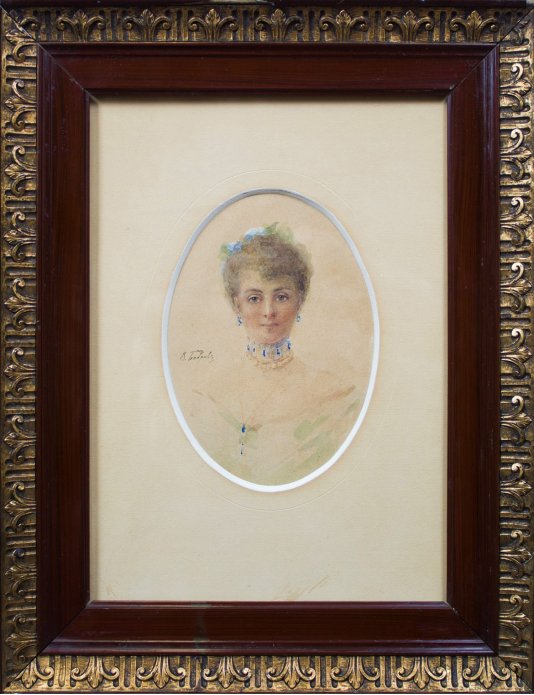 "Portrait of a princess"
28x15 cm
Price on request Price request
Get the price of the painting: