Basanets Olexandr Dmytrovich – was born on 3rd of September, 1931 in Lebedin city, Sumy region. He studied at Odessa Art College and Kyiv Art Institute. He worked in the field of easel painting, in the genres of the thematic picture and landscape. In 1967, Olexander Dmytrovich became a member of the National Union of Artists of Ukraine. Honored Artist of the RSFSR. He taught at the National Academy of Arts and Architecture, and since 1990 he became a professor. Since 1963 he participated in republican exhibitions. The main works: “Portrait of a Girl” (1966), “Spring Day” (1967), “Above a Silent Uday” (1968), “Morning Mail” (1972), “Grass Blossoms” (1978), “When Peace Is on Earth” (1986). Wrote a series of landscape paintings "My native land" in the period from 1987 to 1995. Works are exhibited in the National Art Museum, as well as in Sumy, Donetsk, Ivano-Frankivsk and Lebedinsky Art Museum. 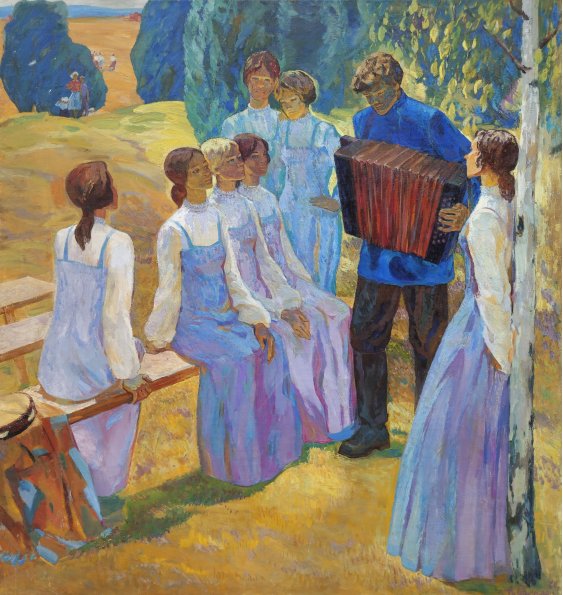 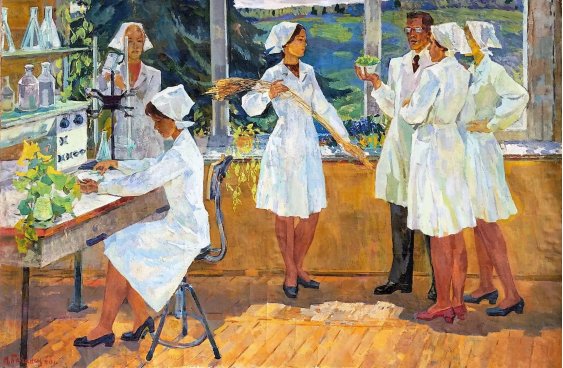