Shibnev Damian Vasilievich - was born on October 30, 1881. Graduated from the Imperial Academy of Arts in the 1903-1910s. After graduating from the Academy, the artist moved to the city of Kerch in 1911, where he taught drawing at the Alexander Gymnasium. In 1921 he was appointed head of the picture gallery at the Kerch Historical and Archaeological Museum, after the liquidation of which he continued to work in the museum as a researcher and artist. He died in 1930 in Kerch after an unsuccessful operation. 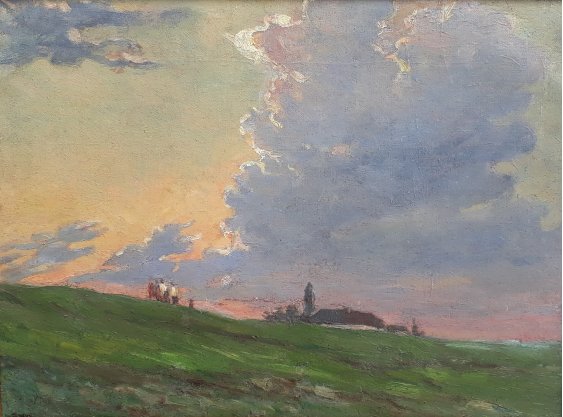