Home
Blog
"My father Picasso": daughter told how she posed in pink booties

"My father Picasso": daughter told how she posed in pink booties 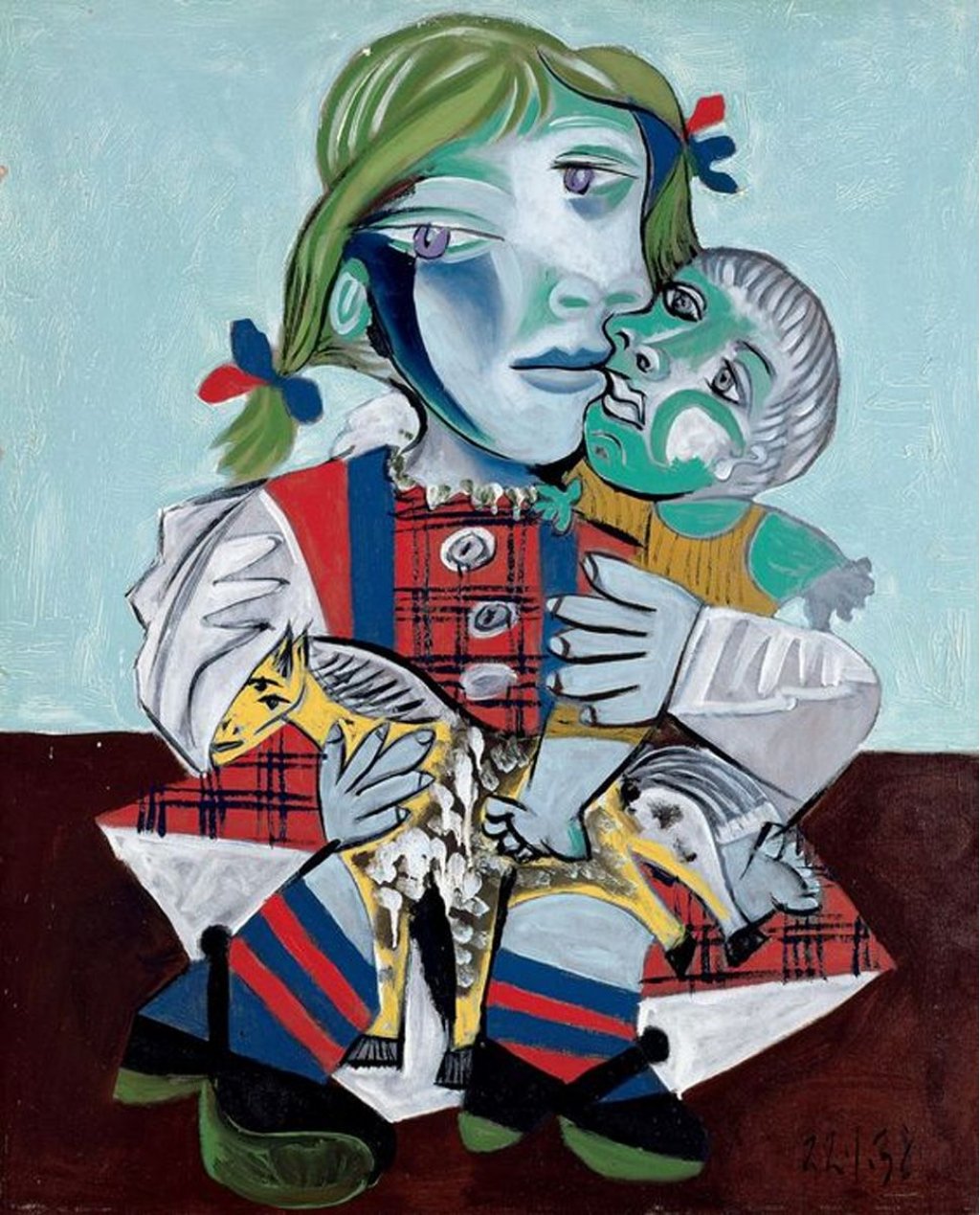 When Pablo Picasso was fascinated by a 17-year-old girl he met near the Galeries Lafayette in 1927, he was still married to the former ballerina Olga Khokhlova. Soon Maria-Teresa Walter became his muse, the heroine of lush portraits and gave birth to a daughter to her lover, who was 28 years older. However, he left her and moved on to the next of his many passions - to Dora Maar, a surrealist photographer and artist.

In her new book, 84-year-old Maya Picasso, daughter of the artist and Marie-Teresa, spoke about the women in her father's life and her close relationship with him. Memoirs “Picasso and Maya. Father and Daughter” will be published in early autumn under the editorship of her daughter, art critic Diana Widmaier-Picasso.

In an interview with her, Maya says that Picasso portrayed her mother "very sensually". “It amazes me how accurately it is presented. She had curvaceous forms, very round breasts, but at the same time she was very passionate and athletic, - says the artist's daughter. - I think that having met her, my father in a sense found his place. That is why he depicted her so often, especially in sculpture. "

She especially highlighted the painting "Still life on a pedestal table", which was painted in 1931 and is now in the National Picasso Museum in Paris. “My dad painted my mother's curves in still life, especially her fruit-shaped breasts, and straight blonde hair. These elements convey my father's feelings for her, ”says Maya.

At first, Maya's birth, like her father's romance with Maria Teresa, was a secret. A few months after her birth, Picasso began an affair with Maar. The daughter notes: when Picasso was torn between her mother and Dora, he combined the features of both his lovers in the portrait "Marie Teresa in a red beret with a pompom" in 1937.

“My father ... never tired of writing [my mother], painting her, sculpting, engraving. But this picture combines my mother and Dora Maar. My mother's hair and eyes are here, but her nose and complexion are reminiscent of Dora, who entered his life in 1936, shortly after my birth, ”says Maya.

Nevertheless, the book will undoubtedly receive a wave of criticism for portraying the relationship between Marie-Teresa Walter and Picasso in such a positive light. After the #MeToo movement, Picasso's attitude towards women was redefined. In 2018, Jock Reynolds, director of the Yale University Art Gallery, described Picasso as “one of the worst offenders of the 20th century in terms of his stories with women” and asked, “Are we going to remove his work from the gallery? "

On her Netflix show Nanette, comedian Hannah Gadsby described the horror she experienced when she read about the relationship between Picasso, 45, and Walter, 17. “Picasso said: 'It was wonderful - I was in her prime, she was in her prime.' I probably read it when I was 17. Do you know how creepy it was? ”- said the actress.

And Artnet editor Yulia Halperina notes that the stories about Picasso's relationship with women "are told to romantically characterize an obsessive, passionate and difficult artist whose turbulent relationship was necessary to ignite his creative fire."

In a new book, Maya Picasso recalls posing for his father between the ages of seven and eighteen: “We could sit at the table, and suddenly he had a desire to immortalize a facial expression or a pose. He told me: 'Don't move!' - and rushed to look for paper, pencils, blackboard or notebook. "

About her tender childhood portrait of 1938 "First Snow", she says: "It was the day when I took my first steps ... I was wearing little pink booties that my father kept all his life."

According to Maya, when her father asked her to pose, "he insisted that I not smile." But she recalls Picasso's "great sense of humor" and the toys he made for her during the war, including "a family of little characters made of cloth and chickpea heads."

Based on materials The Guardian