Artamonov Olexiy Mykhaylovich – was born on 18th of February 1918 in the Vvedenka village (modern Tambov region, Russia). He studied at the Moscow State Academic Art School. Mentor: Primova M. Painter, sculptor, graphic artist. Worked in the field of easel and monumental painting, poster. Member of the Great Patriotic War. Since 1945, he has been a member of the National Union of Artists of Ukraine. Since 1985, the National Artist of the Ukrainian SSR. In 1987, he was awarded with M.Grekov silver medal. Since 1947 he takes part in republican and all-union exhibitions. The main works: "Plowing" (1957); "People`s Avengers" (1967); "Partisan Leaders" (1968); "For the Motherland" (1971), "There is a people`s war" (1975), "This is our youth" (1981), "Internationalists" (1984), "On liberated land" (1985), "Great friendship. Meeting T. Shevchenko with M. Shchepkin "(1988)," On the Sun Valley "(1991) and others. His works are presented in the National Art Museum, Donetsk Art Museum, and National Museum of the History of the Second World War. He was awarded the Lenin medal and the Certificate of Honor of the Presidium of the Verkhovna Rada of the Ukrainian SSR. Alexey Mikhailovich died on 18 December, 2011 in Kyiv. 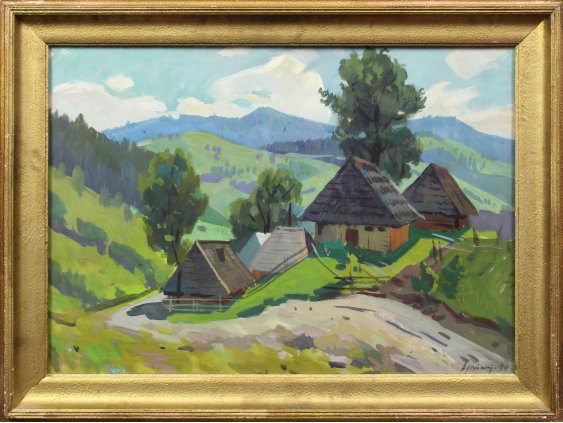 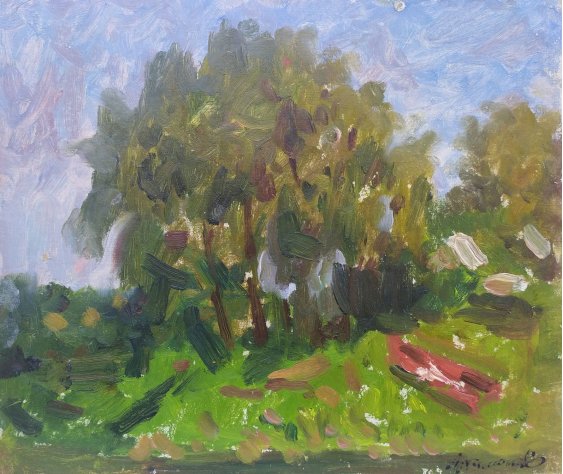 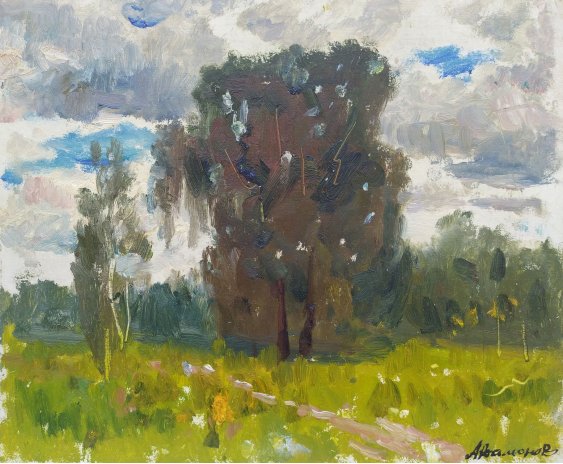 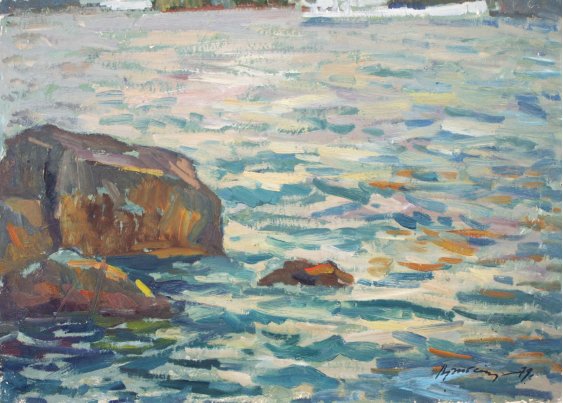 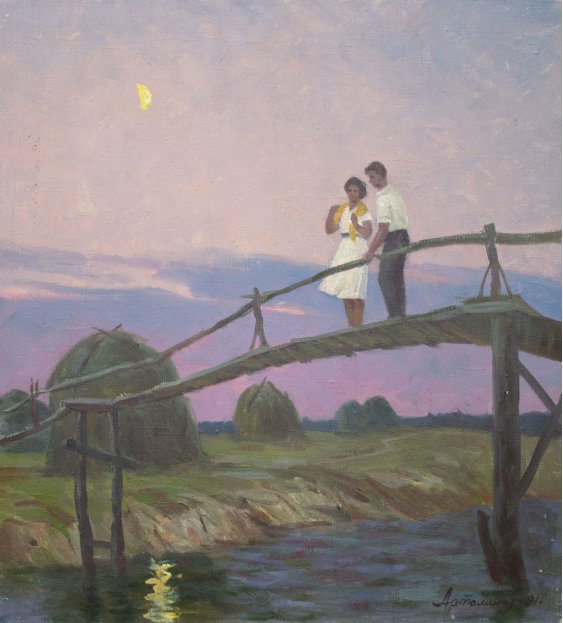 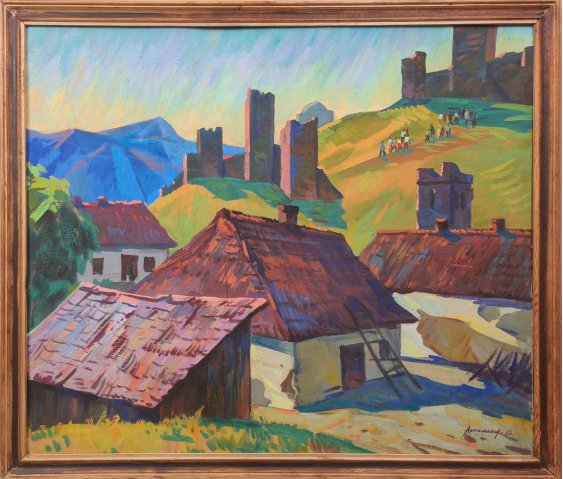 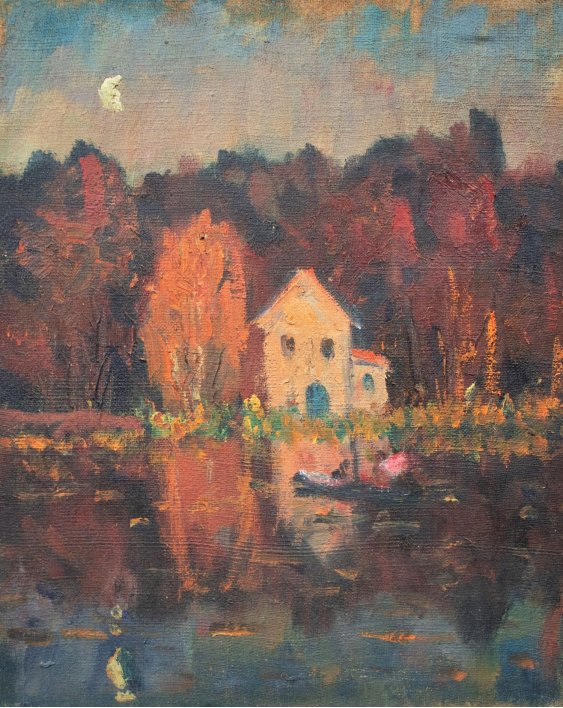 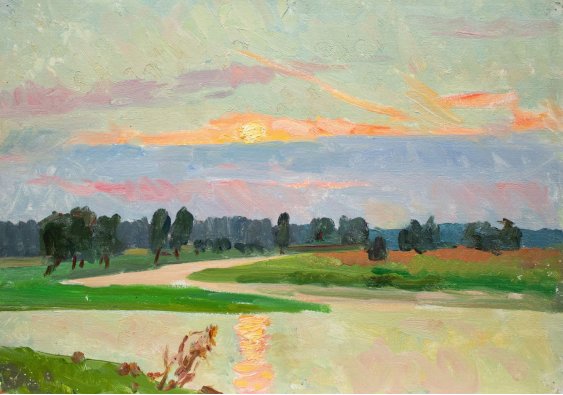 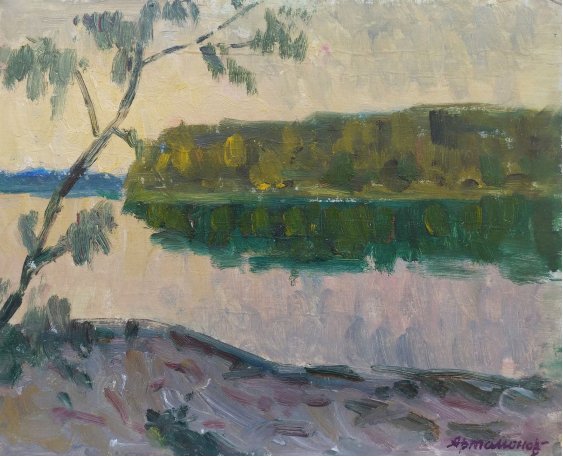 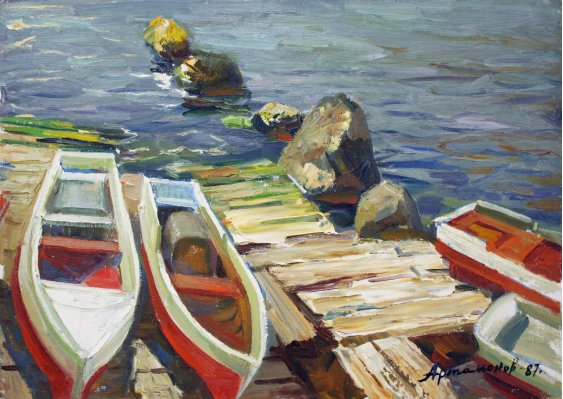